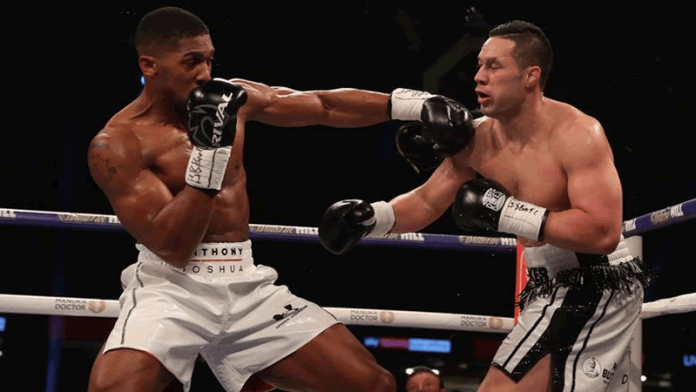 Taken the distance for the first time, UD points win over Joseph Parker

Tough New Zealander Parker wasn’t KO’d (or TKO’d) unlike AJ’s previous 20 opponents and never touched the canvas in their full 12 round fight.

It was a story of the jabs in a contest which was hindered by the referee continuously stepping in and breaking the two fighters whenever the fight got closeup.

Joseph Parker’s chin was confirmed to be solid in this fight as was the endurance of the British Champion in his first full 12 rounds.

Even though Joshua didn’t stop Parker he was always in control throughout the night watched by 80,000 in Cardiff.

“Parker’s a good young fighter, I’m sure I’ll fight him again, but let’s get Deontay Wilder over here to get an undisputed champion of the world.”

“Today I got beat by a better champion, the bigger man.

“There’s a lot to work on and it was a good experience being here and I have to thank everyone for supporting me.

“I will go back, train hard and come back stronger.

“I have no regrets, I will take it on the chin. The better man won on the day.”

Heavyweight Champion AJ to make debut in the US vs 'Big Baby' The boxing fight will take place...
Read more

Anthony Joshua extra sparring as heavyweight boxing rivals out to “take his head off”. World champion AJ defends his four belts on September 22 against...
Read more