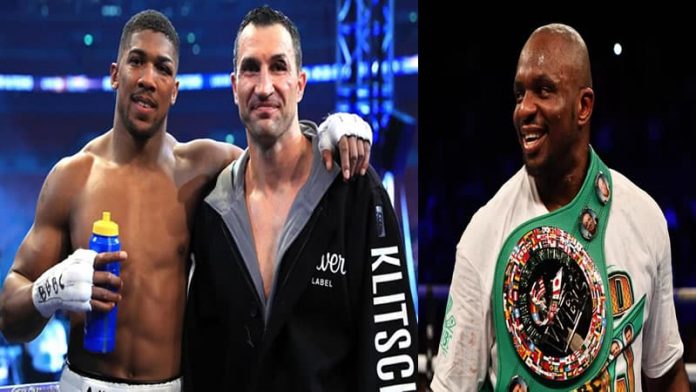 The first offer has been made from AJ to rival Whyte which in his words is “utterly ridiculous”.

“It’s way less than what I made against Dereck Chisora.

“It is a ridiculous offer, they are not serious about the fight, they do not want the fight, I think they just made an offer to cover ground.

“It’s just silly, I’m a pay-per-view fighter now in the UK which I’ve built by myself against all the odds.

“It’s not like I’m a journeyman. I’ve had nine fights since I fought him and won them all in spectacular fashion.

“I do not think he wants to fight me, there’s easier paydays out there for him and he knows that I will bring problems to his mum’s house, so he don’t want it.”

Joshua is scheduled to defend his world titles on Saturday 13th April 2019 at Wembley Stadium.

AJ’s first choice still remains WBC Champion Deontay Wilder but talks have stalled. Or many say he / they are ‘ducking’ each other.

Promoter Eddie Hearn is in talks with all boxers as a decision needs to be made this month (January).

Rumours that former heavyweight champion Wladimir Klitschko could be set for a 2019 comeback against Dillian Whyte.

Dillian said “If he comes back, I’ll fight Wladimir Klitschko and knock him out, I’ll definitely knock him out”.

Heavyweight Champion AJ to make debut in the US vs 'Big Baby' The boxing fight will take place...
Read more

Heavyweight AJ posed for a snap with Victoria and tweets : Posh & box 😏 #Zigazigah The pair took snaps as they bumped into each other and...
Read more
Load more